UPDATE: I'm getting LOTS of reports of bugs and patching issues. There's for sure a "buffer overrun" error because of my dialogue changes. Oops. Please keep reporting your difficulties to me. I'll be doing the first update soon.

The moment you've all been waiting for. 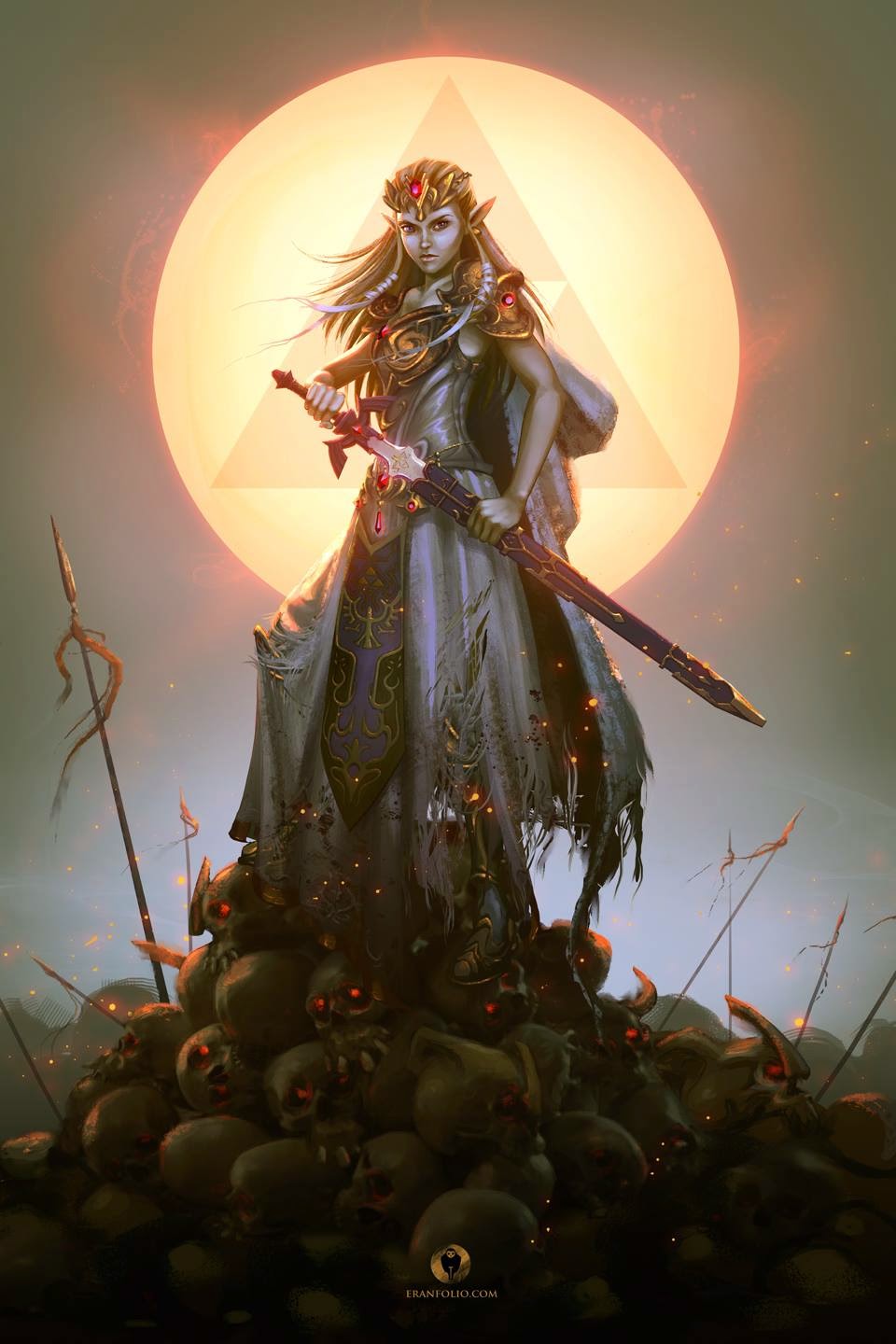 Image of Zelda with the Master Sword by Eran Fowler. I really need to turn this into a proper promotional image. That pile of skulls is just the right amount of space for "SAVE HYRULE" in really gritty lettering.

Now, you probably all know the drill by now, but let me refresh you. I can't release the complete game for download. Why? Because we're in legal gray area. To stay on the safe side, I release a "patch", that you apply that "patch", to your own "Zelda - a Link to the Past" ROM.

You can patch your ROM with Lunar IPS in Windows. Some emulators will auto-patch your ROM for you, so check your emulator's read-me if you're not using Windows.

Some tips: Make sure your "Zelda - a Link to the Past" ROM is for the SNES (not Game Boy Advance) and use one with a .smc file type.

If you're not satisfied with my version and you want to edit your own version of "Zelda - a Link to the Past", you should use the following software, because they are amazing. If there was such a thing as "industry standard" in Zelda ROM editing, it would be these pieces of software.

Fun Fact: Super Mario World also uses compressed graphics and you can use this same program to decompress them, though I have a feeling you might need to change the memory location number.

As part of my quest to locate Zelda's original sprite palette, I used Orochimaru's Perfect Guide to Hyrule Magic. It didn't quite have the information I needed, but I could see how it would be useful to someone who was a die-hard dungeon editor. Zelda's original palette, by the by, is the first 8 colors of World Colors 2, Pal 0 in HMagic. It's a "shared" palette, so be aware that you're also changing the colors for other sprites. Hat tip to arc-nova.org for that one.

And of course, no modding project is complete without at least one (or forty) trips to RomHacking.net. I go there all the time, but I still have no idea how to upload my files there. Their uploader doesn't like google drive. But they're always the best resource for rom editing projects. Even if you're not into editing, it's worth a trip over there to see what projects other people have done. People do the craziest stuff in their free time. ...Not me, of course. This is all perfectly normal.

Oh, and if you were wondering, I use the iBuffalo usb gamepad. Totally worth the money.

Big thank you to all of the people that created the resources above, and to all of the fans of the first project. I couldn't have edited all of those sprites without all of you.

If you spot any overlooked pronouns or mislaid sprites in Zelda Starring Zelda 2, leave me a comment. I expect I'll have to do an update here and there. Now, go storm the castle!